Laser Liposuction, a Quick Solution to Achieve the Shape You Want

If you are looking to get the body shape you have always wanted without having to waste time and effort, then laser liposuction may be the right thing for you. Laser liposuction is a surgical procedure which uses laser technology to treat and correct areas which have a lot of fat and to shape and improve the contours of someone’s body.Laser liposuction can also be called laser guided liposuction, laser-assisted lipolysis, laser lipo and smart lipo.

Traditional liposuction techniques and methods have certain drawbacks, especially if you have thin skin which is prone to cracking. This is where new laser liposuction techniques comes in, improving old techniques and fulfilling their shortcomings. Most people in the plastic surgery circles share the opinion that this advanced lipo technique may become the optimum to body sculpting. So, if you are thinking about having a liposuction, laser guided liposuction may be the thing you are looking for.

How does laser liposuction work? 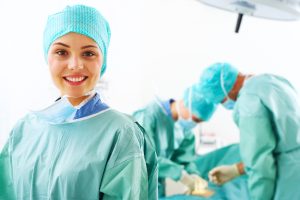 Laser lipolysis is a liposuction technique which is minimally invasive and it uses fiber optic lasers to create heat which is used to melt fat cells. This whole process is a lot different than any traditional liposuction which remove body fat by using vacuum suction. Another key benefit of laser lipolysis is the fact that it causes the body to increasingly produce a protein, collagen, which can make the skin tighter. There are two different types of laser liposuction, external and internal: 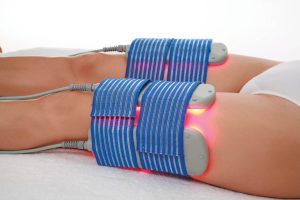 Many skilled experts have said that they found laser liposuction both effective and safe for targeting rather small areas of fat tissue, and, given the fact that the whole process is performed on an outpatient basis, the process of recovery is very short lasting. Get your facts straight and inform yourself as much as possible by consulting with your doctor in order to find out if you are a suited candidate for laser lipolysis, laser liposuction or both.

“Liposuction is generally considered to be a very safe procedure in qualified and experienced hands,” stated Dr. Larry Fan M.D. during an interview with Healthline. Here are some of the things that should be considered before lipo laser surgery:

If you plan on having laser liposuction, it is recommendable to choose a surgeon who is trained both in plastic and general surgery.

Like we said before, there are 2 different methods of laser lipo. The first method has three steps:

The second method includes the same first two steps and the only difference is the third step. Rather than removing the oils and cell fragments, these components are left to be absorbed by the body. This laser lipo method is most suitable for areas which have thin layers of fat.

There are barely any side effects laser lipo can cause. The procedure is safe, with a short recovery period, but before you have it done, make sure that you are a suitable candidate. For more details about Laser Lipolysis, Please visit: https://www.nubodysculpting.co.uk/laser-liposuction/

About the Author: Katie Wilson